Mevlana Program Internships launched in the universities of Turkey Rector of Osh State University K. A. Isakov met with interns and students – finalists of the competition who were awarded 4-months internship and study scholarships in the universities of Turkey and wished them good luck and safe trip. Rector noted that this program had existed before, however, access to internships on medical specialties was obtained only this year thanks to the close cooperation with the Ministry of Health of the Kyrgyz Republic headed by Minister T. A. Batyraliev who has substantial reputation in the leading clinic in Turkey. As informed by press service of the Ministry of Health of the Kyrgyz Republic, seven interns of Surgery, Gynecology and Obstetrics, Dentistry, Neurology and two students of the Dentistry Faculty have been accepted to Ak-Deniz University, Antalya. Six students have been selected to Ata-Turk University, Erzurum. Two students of the General Medicine Faculty are going to Ankara. Upon completion of the study, students and interns will receive certificates to prove internship completion with the list of courses and grades.

Meetings with students of International Medical Faculty have started 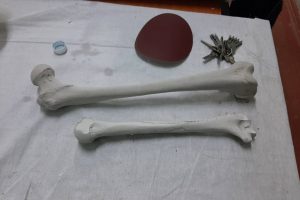 In order to improve basic knowledge in the field of scientific research activities of students at the Department of KD1, work is actively carried out with students. The first stage of work, students have prepared literary reviews on topical issues …

Not a member yet? Register now

Are you a member? Login now