On December 26, 2018, KVN on oncology on the topic “Lung Cancer” was organized by teachers of the department “Clinical Disciplines 2” by G. A. Matkasymova, A. A. Gaipova. The competition involved 3 teams “The Sixplatins”, “The Phoenix”, “The Celestians”. The competition (KVN) included the following 3 stages: greeting (5 points 1), black box (questions 5 points), presentation of the theme in drama (10 points), best workshop (5 points). The jury consisted of: MD, associate professor, head. kaf M. Bugubaeva, teachers: Omurzakova A.E., Osmonova G.Zh., Abzhamilova Zh.A., phD Saed Ali Rakhat Abbas, Eralieva Zh.M. All the teams showed good preparedness for all stages. Particularly vividly, interestingly and with acting skills, students of the 5th course revealed the topic “Lung Cancer” in the drama at the 3rd stage. Also, students showed high ingenuity in the Workshop competition, creating creative handmade, including all the features of the development of this pathology. At the end of the competition, the jury summed up the points, and determined the points received by the 3rd stage of each team. By the sum of points 2, The Sixplatins and Phoenix teams scored the same results (106 points) and won first place. The team “The Celestians” received 100 points and took second place. The teachers A. Omurzakov, G. A. Matkasymova, A. A. Gaipova who were in the jury congratulated the winners and noted active students among these teams. Team members were awarded certificates and exempted from modules. The students were satisfied with their performance and their desires to further participate in such contests and thanked the teachers for organizing

A seminar was held at the Department of SHD 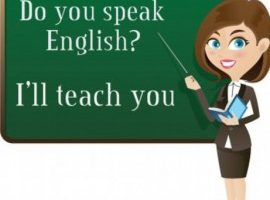