Head of the Department of Pathology, Basic and Clinical Pharmacology, Professor G.V. October 1-4, 2018, Belov took part in the jubilee scientific assembly of the American Society of Emergency Medicine (ACEP), dedicated to his fiftieth anniversary. The assembly took place at the San Diego Convention Center (California), ending with fireworks at the San Diego baseball stadium. The event brought about 10 thousand participants, along with guests and staff of the University of California. The program included scientific reports on 15 sections, dozens of discussion sessions, about 100 lectures, an association museum was opened, an exhibition was open.

"In a healthy body healthy mind". 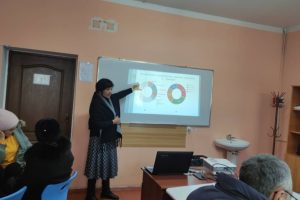