KSMA named after I.K. Akhunbaev held the Second Student Olympiad in Obstetrics and Gynecology named after A. Ch. K. Kalkanbayeva with international participation. Under the guidance of Candidate of Medical Sciences, Associate Professor G.A. Subanova and VD Tursunova students of 4-6 courses of MMF took part and won prizes. HE EYE WILL NOT BE SATIFIED WITH VISION, AND THE MAN WITH KNOWLEDGE 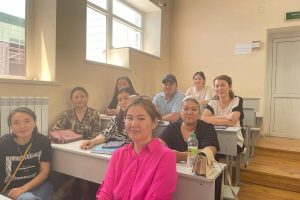