03/22/20. Another day has passed. According to the reports of the curators of the department, the students ’health status was satisfactory, no increase in body temperature was observed. There are some students’ demands for food, mainly flour. This was reported to the headquarters and contractors. Mary disinfected the main roads from the KBC to the South-East of Osh. The EMERGENCY SITUATION mode for a month has been introduced. From the materials of RADIO AZATTYK: “… Recall to introduce an emergency regime on the territory of the republic from March 22 for a period of one month recommended to the Prime Minister of the Kyrgyz Republic the Security Council, which was held on March 21 under the chairmanship of President Sooronbai Jeenbekov. This is done in order to prevent the further spread of coronavirus infection throughout the country. According to the information policy department of the head of state’s apparatus, taking into account the introduction of the emergency regime, it was also decided to postpone the elections to a number of local Keneshes, which were scheduled for April 12, 2020. As of the morning of March 21 in Kyrgyzstan, 12 cases of COVID-19 infection were confirmed, of which eight cases were detected in the Suzak district of the Jalal-Abad region, three in the Nookat district of the Osh region and one person in the Batken district of the Batken region. In all these areas an emergency mode has been introduced. Take care of yourself and your loved ones. 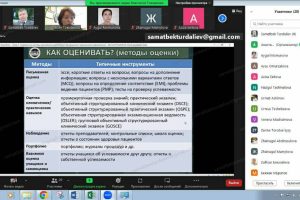