5 students from Osh State University took part in the Open Championship of the Kyrgyz Republic in Athletics, which took place on January 14-15 in Bishkek.

During the competition, students of the Faculty of Pedagogy, Psychology and Physical Education of Osh State University returned victorious.

In the women’s competition, Alymkan Jamshitbekova took second place in the 400 meters and 800 meters.

Rector of Osh State University his excellency Kudaiberdi Kojobekov congratulated the winners and wished them success in their studies and success in sports. As part of the project for the development of PhD doctoral studies and scientific additional Kyrgyzstan / DERECKA, the first batch of binocular microscopes was received in order to create an educational and clinical laboratory Cytology 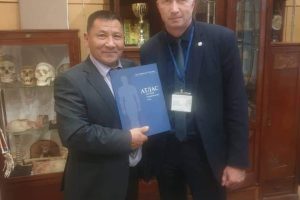